Guy borrows $1.6 million Lambo -- and totally wrecks it in Thailand 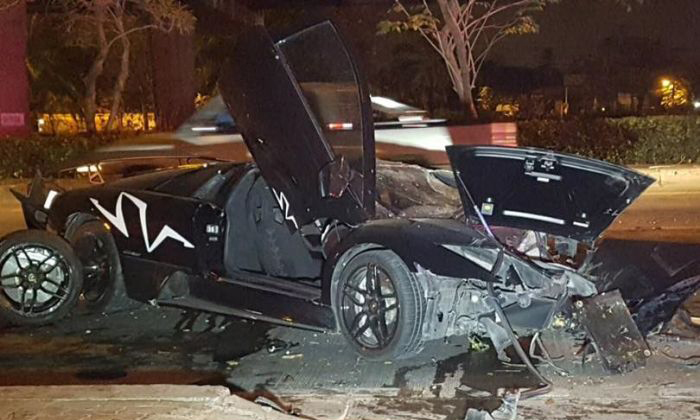 A 32-year-old man in Bangkok, Thailand borrowed a flashy Lamborghini Murciélago to attend a party -- only to end up in a crash that destroyed the supercar on Feb 13, at around 3am.

According to The Sun, Satinrawat Khampiranon had two passengers with him when he lost control of the vehicle as it went up a steep road. The car then 'flew off the road', hit a motorcycle, before smashing into a tree.

Photos showing the wrecked Lamborghini have been circulating online, showing its front and side mangled.

A rescuer said that the driver, who was unhurt while his friends suffered minor cuts and bruises, "had a face as white as a ghost" and that he will be "paying for the damage for a long time."

”It’s a miracle nobody was killed because the car was smashed very badly", he added.

Police said that the driver, who had paid 40 million baht (around S$1.6 million) for the SuperVeloce, will charged with reckless driving, causing injury to others and damaging private property.