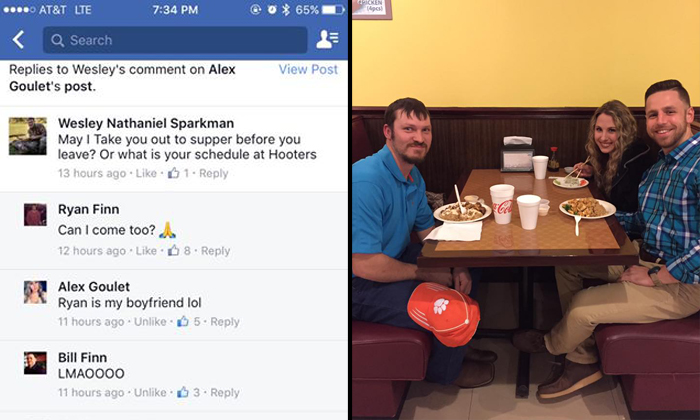 A guy named Wesley tried to ask a Hooters girl, Alex, out on Facebook -- not knowing that she was already attached.

Her boyfriend Ryan jokingly responded, "Can I come too?"

Wesley then privately messaged Ryan to apologise and said that he genuinely did not know that Alex was already taken.

That was when things took a most unusual turn as the two guys started arranging a date for real.

Ryan, who posted screenshots of the conversation on Facebook, even shared a photo showing the trio on their date at a Japanese restaurant as discussed.

He wrote, "This may be the funniest thing that ever happened in my life!!"

Well, all is fair in love and war. Plus sometimes, a newfound friendship is just as priceless as a passionate romance.