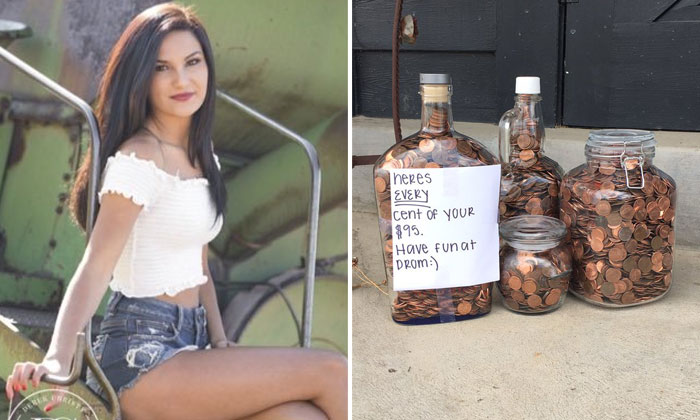 Several secondary school and high school students look forward to prom as a way to celebrate the end of an era.

A big part of prom is going with your dream date.

So, you can imagine how devastating it would be to have your boyfriend break up with you just a week before you are due to go.

Twitter user Maria Panchal was dumped unceremoniously by her boyfriend who, adding insult to injury, asked for his money back so that he could go to another prom.

In order to get even with her boyfriend, she decided to take the higher road and return him his money...but by her own means.

Instead of transferring the money or writing a cheques, she decided to give him the $95 in pennies and posted a photo of the jars of pennies on her feed.

Other netizens applauded her for her pettiness believing her ex-boyfriend highly deserved it.

He boyfriend seemed to take it well saying that it made him laugh.

We guess he was just happy to get back his money.