George Michael's cousin blasts late star's BF: Too many questions have come up 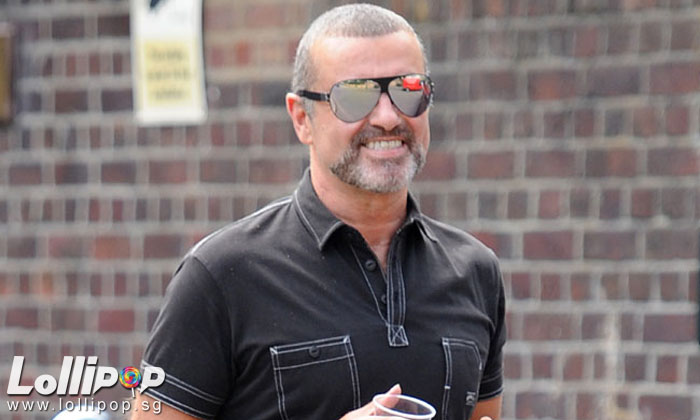 George Michael's cousin has slammed the late star's boyfriend and hinted there is something suspicious about the singer's death.

Andros Georgiou - who fell out with the 'One More Try' singer several years ago over his wild lifestyle - insists there are "too many questions" about his beloved relative's passing on Christmas Day (25.12.16).

And after Fadi Fawaz recently tweeted he and George "were together 24 hours a day", Andros has dismissed the claim, insisting they never even lived together and demanded to know why the photographer had slept in his car the night before finding the 'Too Funky' hitmaker's lifeless body in bed at his Oxfordshire home.

He wrote on Facebook alongside a screengrab of Fadi's tweet: "I have been trying to hold back on this tweet I saw nearly 10 days ago but the more I am reading and the more I am finding out about Fadi I just can't keep my mouth shut any longer No 1 he was never with Yog 24 hours a day they never lived together he lived in one of Yogs houses in Regents Park ?

"And even if they were, WHY were they not together on Christmas Eve ? and WHY did he sleep in the car ? Too many questions have come up.(sic)"

And Andros insisted George's death from heart failure was not "an act on suicide" and stressed his belief that "justice will be served".

He wrote in the post: "One thing is for sure this was not an act of suicide.

"He should of been looked after by his so called friends ! if I was around this would never of happened and I have to live with that the rest of my life I am so very sad as I am sure you all are as well, I have to pray that the police come to the conclusion I have and justice will be served.(sic)"

The former producer is concerned that Fadi is profiting from speaking out about his relationship with George, and claims his cousin would still be alive if he hadn't been surrounded by "yes people".

He wrote: "Every day I get more angry at the lies I am reading I pray that this nobody doesn't earn a penny from Yogs death any money he is offered for his so called story should go straight to one of Yogs charities which now you all know how many he had helped, he never took any credit he was in every word the peoples hero apart from being the one of biggest talents this Country has ever produced a true Gentleman that lost his way if only there were not so many YES people around him he would be alive today.(sic)"

George's publicist has previously insisted there were no "suspicious circumstances" surrounding the 'Father Figure' singer's passing.

And though Fadi has been interviewed by police, there has been no suggestion he has done anything wrong.

He said recently the police had been very supportive and insisted their questioning was just normal procedure.

He said: "They have done what normally happens when someone dies. They have not been accusing me, never; they have been very supportive."