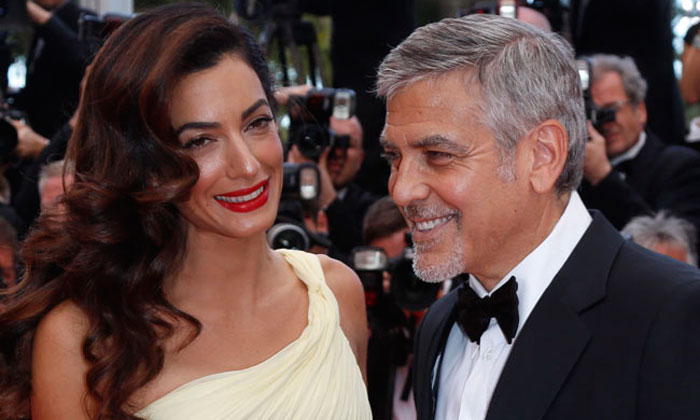 George and Amal Clooney are expecting a baby boy and girl in June, according to this close friend Julie Chen.

The couple, who tied the knot in Venice, Italy in September 2014, are set to welcome a baby boy and a girl into the world in June, according to their close friend Julie Chen.

The 'Talk' co-host confirmed rumours the British human right's lawyer is pregnant on the show today (09.02.17), saying: "Congratulations are in order for George and Amal Clooney! 'The Talk' has confirmed that the 55-year-old superstar and his highly accomplished 39-year-old attorney wife are expecting twins. Now, what we did find out that no one else is reporting, is that the twins are due this June!"

The couple have yet to officially comment, but a source told PEOPLE.com, Amal "has let everyone in both families know quietly."

The insider added: "They're all very happy."

The Oscar winner first revealed in 2015 that he and Amal were thinking about starting a family, saying: "I mean, I've thought about it...I've been asked about it a lot lately because I've gotten married and I'm doing a movie with kids in it."

The couple got married after a whirlwind seven months of dating.