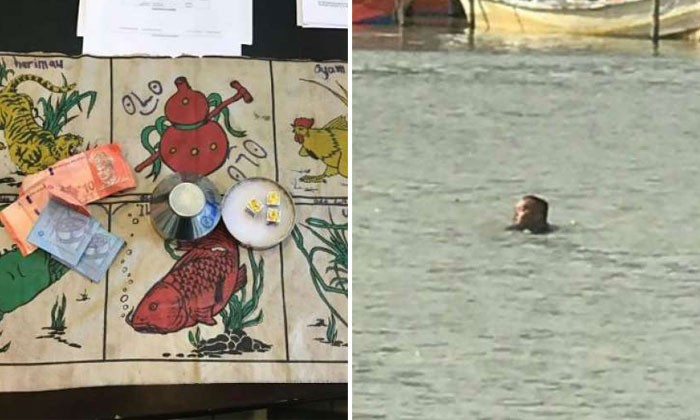 Police had to rescue seven gamblers who tried to escape a police raid but ended up in a river with crocodiles in Bako town in southern Sarawak, an hour's drive from Kuching, Malaysia yesterday (Jan 25).

The suspects were gambling behind a shop when authorities swooped down on them.

Sarawak CID Cheif Senior Asst Comm Datuk Dev Kumar said, "They made a desperate bid to escape, with some of them jumping into the fast-flowing Bako River behind the shop.

"The river is infested with crocodiles - they were lucky they survived.

"We fished them out of the water using a sampan (boat).

"We will charge them with illegal gambling."

According to The Star and Asia News Network via The Straits Times, the raid was a part of Sarawak police's ongoing statewide crackdown on gambling.

SAC Dev confirmed that it has led to 43 raids and 112 arrests so far.