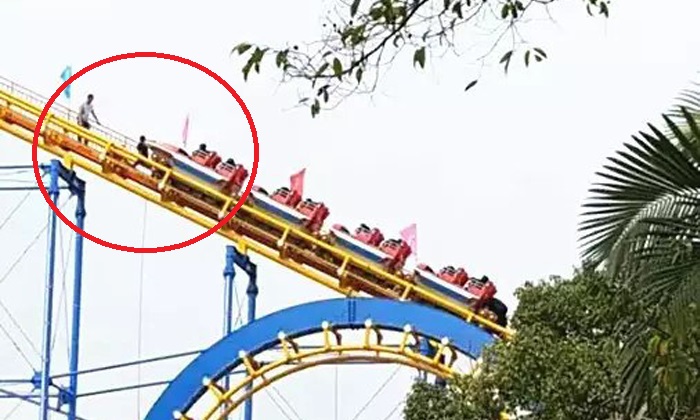 Roller coaster rides, like life, have their ups and downs.

But unfortunately for a 14-year-old girl in Liuzhou city, Guangxi, there was only a steep climb, followed by a walk of shame home.

According to NetEase, the girl was at Que'ershan Park on Monday (Feb 6) when she managed to sneak onto a roller coaster ride without her parents' permission. However, little did she know that her joy would be shortlived.

As the ride began its steep ascent, it suddenly came to a halt. The girl's parents had found out about her misdeed and ordered the workers at the control station to stop the ride.

Staff then escorted their rebellious daughter off the roller coaster and also evacuated the other riders. According to NetEase, the ride was closed for 20 minutes following the incident.

While the reactions of netizens were divided, those who supported the parents felt that their decision was warranted considering the recent tragedy last week where a 13-year-old girl was killed after being flung from a spinning park ride in Chongqing.

Related Stories
Super dad literally takes things to the next level by building roller coaster for kids
Horrifying roller-coaster tragedies that resulted in dissection, doom and death
You know roller coasters are not your thing... when this happens
China
rollercoaster
girl
parents