Friendzone level over 9000: You would not want to be this guy 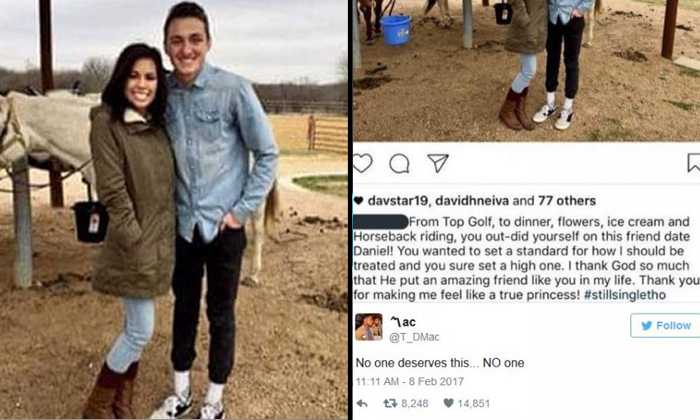 A woman's post drove Twitter to the brink of insanity, thanks to the things she pointed out that the guy did for her.

The incredible number of times she squeezed the word friend into four sentences and her epic hashtag did not help either.

While Alex was thankful that David made her feel like a princess, she also pointed twice that they were just friends, and had a hashtag that read #stillsingletho.

Naturally, social media went berserk, saying that the guy might be the most frienzoned person in all of history.

Daniel, however, shared on Twitter that it was he who set the boundaries for the 'friend-date', and made up the hashtag as a joke.

He explained that he had done all of the activities mentioned earlier because her past relationships had left her self-worth diminished.

Daniel claimed he had done all of this to show her a good time and help her heal.

We sure hope so Daniel.