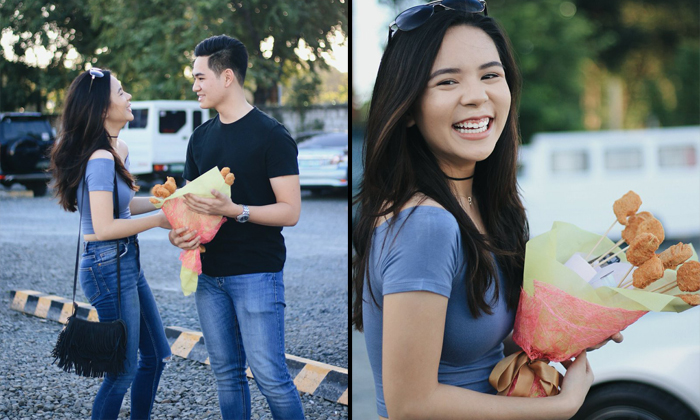 Ever since they met in elementary school, Annika Aguinaldo and Rico Villanueva hit it off thanks to a mutual love for fast-food.

The couple, both 19-year-old college students from Manila in the Philippines, made headlines last month after Aguinaldo posted a photo of her receiving a bouquet of chicken nuggets on Twitter.

Aguinaldo told BuzzFeed News that she had previously told her boyfriend that she didn't like receiving flowers, and hinted that she wanted a bouquet of chicken instead.

Little did she know that on Jan 22, her boyfriend was going to make her wish come true. He told her to meet him as he had a surprise, and upon her arrival, presented her with a bouquet of chicken nuggets from McDonalds.

Aguinaldo posted a photo of the moment on Twitter later that day, and it has been liked close to 40,000 times.

This caught the attention of McDonald's, who treated the couple to a special 'McDate' four days later.

Related Stories
Ceiling collapses after heavy rain at Farrer Rd McDonald's
'Worms' allegedly found inside McDonald's burger packaging: Unlikely that larvae or eggs survived cooking process
McDonald's employee rant after getting fired for giving a plus-sized woman salad instead of burger because it was 'what she needed'
nuggets
Philippines
couple
McDonald's