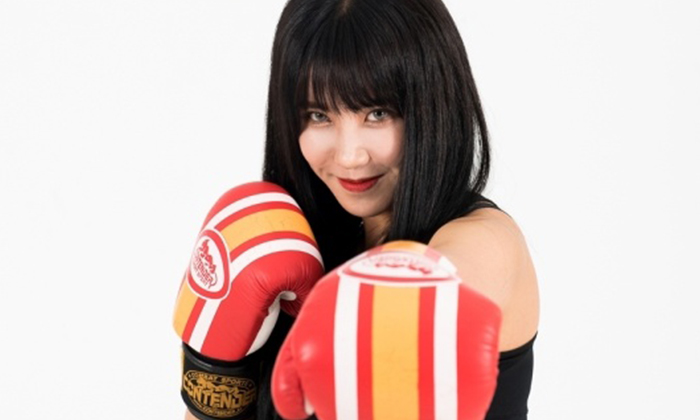 Sol-T’s DoA shocked her fans with her sudden announcement; she will be debuting as a martial arts fighter under korea’s K-1 mixed martial arts organization, MAX FC.

Apparently, DoA was an active track-and-field athlete back in school, but due to an injury, her dreams of becoming a national athlete were crushed, reports Koreaboo.

DoA has expressed that it was a second chance for to realise her dreams again, by becoming a ferocious fighter in the ring.

“One of the things on my bucket list was to be in a ring.

“My goal is to compete in at least two fights in a year while I’m still an idol singer.

“But most importantly, I want to improve my skills without causing an inconvenience to other fighters and my fans.”

The avid athlete also revealed her confidence in her strength and perseverance, having competed in a triathlon in 2016, where she cycled for 10km and ran another 10km marathon.

Sol-T’s agency has issued an official statement on the incident, stating that they would only allow DoA to enter the ring under the consent of a professional.

The mixed martial arts organisation, MAX FC, has said that they were fully supportive of DoA’s debut and she is currently training at a MAX FC gym in Seoul, under director Choi Chui Woong, a national buay-thai fighter who has won championships in three different organisations.

Choi has praised DoA for her incredible stamina and perseverance:

“DoA has been able to handle three hours of high intensity training,  so her physical health is already up to athlete standards.

“We will be monitoring her closely for 6 months, and then deciding whether she will be able to officially enter the ring or not.”