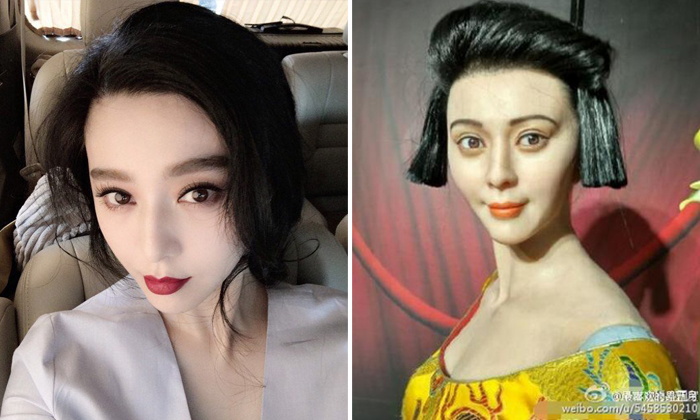 She's the epitome of Chinese beauty and grace, and a darling on the red carpet for her iconic looks.

So why did China's top actress Fan Bingbing have a meltdown during a recent livestream?

The culprits are ugly wax figures bearing her name which are sprouting up in wax museums across China.

"The wax museums in China have hurt me deeply," Fan said.

These poorly made sculptures bear little resemblance to the 35-year-old actress, who is known for her roles in I am not Madame Bovary and The Empress of China.

Fans are also sharing photos of the wax figures on Weibo, with most of them saying that Fan's beauty cannot be reproduced.

The replicas often have the wrong measurements and have disproportionate facial features, messy hair, or tacky costumes.

Some of them are so bad, a visitor wouldn't think that they are wax figures of the actress.

It appears that only Madame Tussauds in Shanghai, the wax museum endorsed by the star, did full justice to Fan's beauty and got her likeness right.

This is not the first time such tourist attractions in China have been called out on fake wax figures however, a Madame Tussauds copycat in Chengdu scared off visitors with shoddy wax figures of Asia's biggest stars.