Err, why does the Beauty and the Beast Belle doll look like Justin Bieber in a dress? 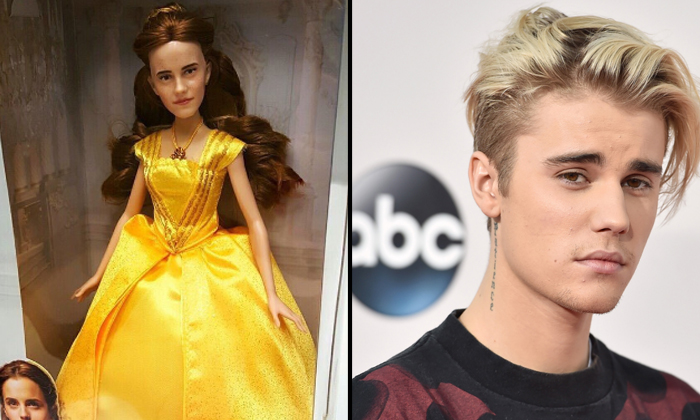 What happens when you order an Emma Watson Beauty and the Beast Belle doll online but a Justin Bieber doll in a yellow dress and a wig arrives instead?

The Belle doll, launched to promote the upcoming Beauty and the Beast remake, appears to have been modelled on leading actress Emma Watson.

A photo of the doll, which was uploaded to photosharing site Flickr by Colorado-based doll enthusiast William Herrington, has since gone viral for the bizarre resemblance, New Zealand Herald reports.

Mr Herrington, whose Flickr account contains various images of dolls and figurines, said the Belle doll was "creepy" after spotting the toy while at a JC Penney store at the Mesa Mall in Colorado, United States on Friday (Jan 6).

According to The Lad Bible, the doll has been called "horrifying", "tragic" and "an abomination" - and questioning why the creepy doll's head is so big.

Related Stories
Not so dolled up anymore: Remember the "human barbie"? She now has a six-pack
39-year-old mum spends over S$340,000 to become 'Human Barbie': check out all the surgeries she's undergone
Creepiest video ever shows how dolls are made
funny
hilarious
troll
twitter
viral