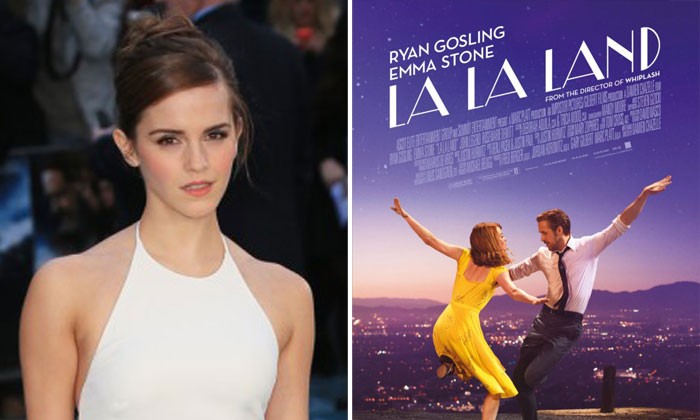 Emma Watson and Miles Teller reportedly missed out on the lead roles in 'La La Land' because they demanded too much.

It has been claimed that the 'Harry Potter' actress made a series of "crazy demands" and whilst producers "jumped through hoops" to give her what she wanted, she ultimately decided she wasn't right for the role.

One insider said: "Miles was offered $4 million to star in 'La La Land,' but he said he wanted $6 million.

"Watson was offered the lead female role, but she initially wouldn't commit. Then she began making all these crazy demands, like rehearsals for the film must be done in London - for a film called 'La La Land'! They jumped through hoops to make it work with her, but she just didn't feel the film was right for her. Producers finally cast Emma Stone - and once she was on board, Ryan Gosling jumped at the chance to work with her again."

And the pair are said to be furious they missed out on the role as the film has won a string of gongs and are expected to scoop a number of Academy Awards later this month.

Another source added to the New York Post's Page Six column: "Both Miles and Emma f***ed themselves over for not doing 'La La Land'.

"Now that it's winning all the awards, they're freaking out and looking for someone else to blame."

Emma Stone received a nomination for Best Actress in a Leading Role for her performance in 'La La Land' and admitted it was "beyond any of her wildest imaginings".

She said recently: "What a morning. I am so grateful for this honour and I'm so happy to share this feeling with my 'La La Land' family. The greatest part of life is connecting with people, and I love the deeply talented, kind and passionate people I was lucky enough to work with on this movie.

"I'm also overjoyed that the movie has connected with audiences in the way it has, and that it's hopefully bringing a kick in their step to those who watch it. This is beyond any of our wildest imaginings and we can't wait to celebrate together."

Related Stories
Pick-up artist goes around Asia hitting on girls -- and compiles his 'accomplishments' in video
Inside PM Najib’s wife’s wardrobe: How much some of her items would cost
entertainment
celebrity
controversy
movie
fail