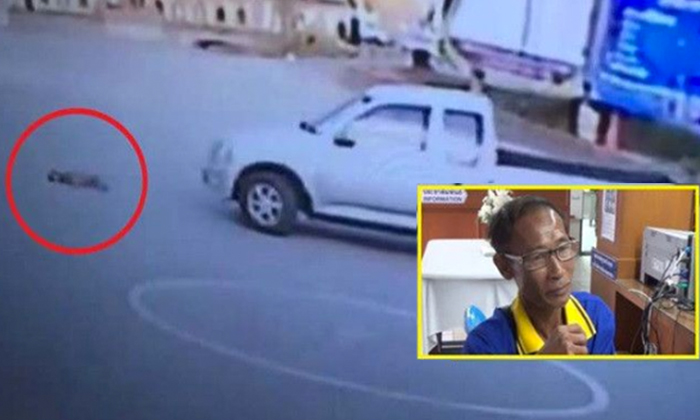 A former monk, Prasit Srikularp, was caught on film running over a temple dog, ‘Duck Dick’ in Samut Sakhon in Thailand, which had bit him and his mum on several occasions.

Prasit Srikularp turned himself in to the police after the brutal incident in which the Duck Dick reportedly died.

The man defended his prior actions, telling the police that he had not intended to kill the dog, and he merely wanted to scare it, for biting him and his mother when they were making a merit at the temple where he had once been ordained.

He also told the police that he was inebriated at that time, reports Sanook via Coconuts Bangkok.

The police were however, not impressed by the cold-blooded killer’s defences and proceeded to charge him for breaking the 2014 Cruelty Against Animals Statute, which carries a penalty of up to two years in jail or a THB40,000 (SGD1603) fine.