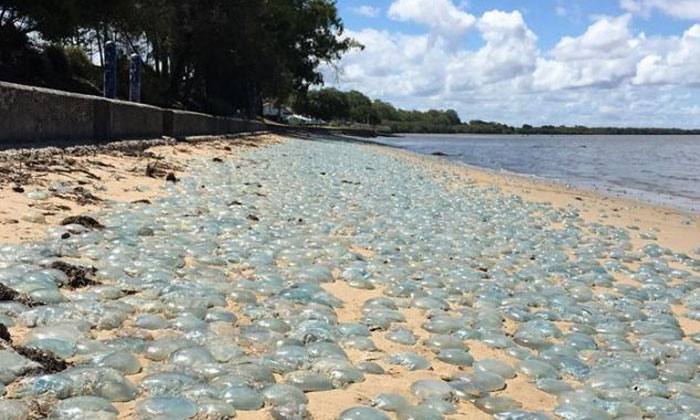 Beaches are associated with big umbrellas, sunchairs and hordes of excited revellers looking for some fun.

You might however find something different on the beaches of Queensland, Australia.

According to Acid Cow, an Australian resident in Queensland recently shared some photos on social media showing hundreds of of marine creatures washed up on shore.

They might look something out of a scene of a sci-fi movie, but the creatures are actually jellyfish.

According to marine biologists, the reason for the appearance of the jellyfish could be due to massive breeding and the absence of natural enemies.

If you are heading to Australia soon, don't freak out if you see them while at the beach.

Remember not to touch them too; you won't want to be a victim of a jellyfish sting.