Doctors remove live cockroach from Indian woman's skull: It was between her eyes for 12 hrs 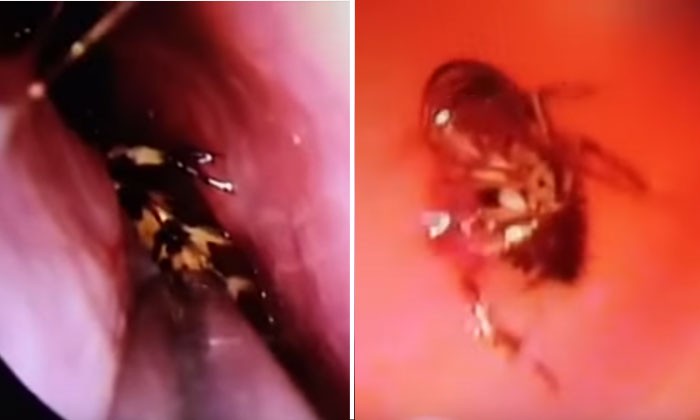 A patient was operated on by doctors where they had to remove a live cockroach from her skull.

According to The New Indian Express via The Straits Times (ST), a 42-year-old woman in HCennai was admitted to the hospital on Wed (Feb 1) after she felt "strange" expressions around her eyes and nose.

She remembered an insect had once crept into her nostril and made its way inside her head before experiencing the symptoms.

She attempted to blow her nose to free the cockroach but it had successfully climbed up her nose.

According to the Philippine Daily Inquirer and Asia News Network, the results of her nasal endoscopy displayed the menacing cockroach sitting on her skull between her eyes for 12 hours.

Dr Shankar of the Stanley Medical College Hospital said, "This is the first such case I have seen in my three decades of practice."

The woman mentioned how she was suffering from burning sensations and inexplicable pain before she approached the doctors for assistance.

She said,"I could not explain the feeling but I was sure it was some insect. There was a tingling, crawling sensation. Whenever it moved, it gave me a burning sensation in my eyes."

"I spent the entire night in discomfort, sitting up and waiting for dawn to go to Stanley hospital after getting the reference of a doctor from my employer," she added.

According to the Times of India via ST, the bug clung to the tissues even if it was vacuumed with a suction apparatus.

Shankar said, "It was alive. And it didn't seem to want to come out.

"We had to use a combination of suction and forceps to finally pull it out."

It was also the first time the doctors from the hospital mentioned had removed a "huge" insect from a human head.