Doctors pull out 1.88m tapeworm from man's intestine in India 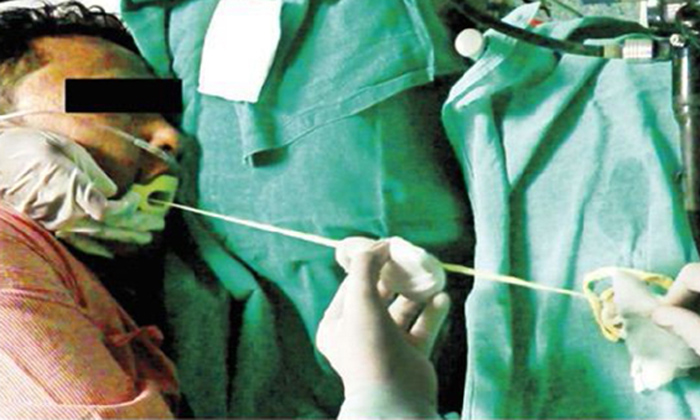 A doctor in New Delhi, India recently pulled out a 1.88m long tapeworm from a man’s gut, through his mouth.

Yes, you read that right.

The doctors performed a colonoscopy, only to find a segment of an undulating worm in the man’s colon, which is usually the case for patients with tapeworms.

Doctors would typically find segments of the parasite in the gut, reports World Of Buzz.

However, doctors were stunned when they proceeded with an endoscopy on the man by inserting a camera into his stomach and the upper part of his small intestine.

They found an entire tapeworm curled up in the upper part of the man’s small intestine.

According to doctors, the surprisingly intact tape worm spanned as long as 1.88m.

Fortunately, the doctors managed to remove the tapeworm by pulling it out through the man’s mouth.

The entire procedure took about an hour and 15 minutes and the man was sedated during the procedure.

The man was then given anti-parasitic medications to kill any remains of the tapeworm after the procedure.

According to reports, the man seem to be doing just fine a week after the surgery.

It was apparently the longest worm that Dr. Cyriac Philips, the liver specialist at PVS Memorial Hospital in India who treated the man, had ever seen.