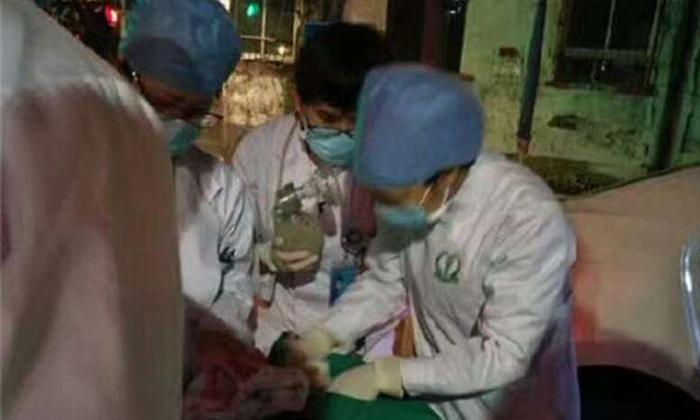 A team of doctors and nurses in China's south-east Guangdong province delivered a baby using the light from smartphones in the wee hours of Sunday (Jan 8).

A pregnant woman went into labour in a car in Guangdong's Zhongshan city, Chinese news site Sina.com said in a report on Monday (Jan 9).

Local media said that half of the baby's body had emerged by the time the woman arrived outside the hospital.

Dr He Fenjun, who led the medical team, told Chinese news site xkb.com that it all happened very quickly when someone asked him to rush to the hospital lobby.

"A white car was parked there... the pregnant woman was lying sprawled and her baby's top half was already out," he said.

Dr He called for a paediatrician, who assisted him.

In the hubbub, he said, the team crowded out what little light there was, so someone yelled: "Take out your phones!"

Medical personnel quickly whipped out their smartphones and shone lights on the operating area so that doctors could see more clearly.

The baby was born at 2.24am. Both mother and child were doing well, reports say.