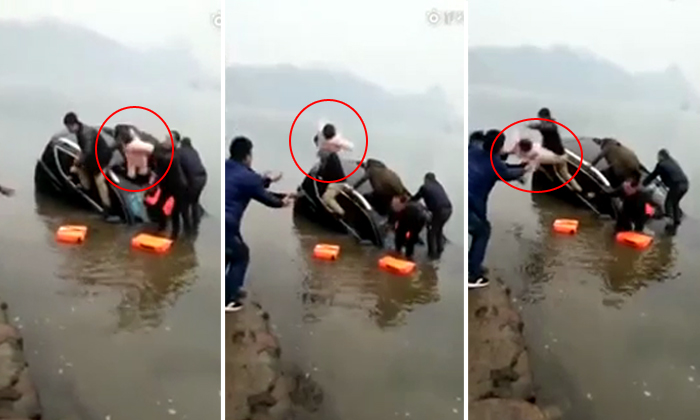 Panicking while standing on a car that was about to sink, a man made the decision to throw his young daughter into the arms of strangers on the shore.

According to Shanghaiist, the incident took place in Changde, Hunan on Jan 28, when the family was returning home for Chinese New Year.

They had to take a ferry across a lake but during the ride, their SUV happened to slip into the lake with them inside.

Fortunately, they were able to climb up onto their vehicle.

The father who was carrying his child, however, was faced with a difficult choice when bystanders shouted for him to throw the infant to them.

A video circulating online shows how he flung the girl two metres into the onlookers' outstretched arms, He was lucky that they turned out to be a good catch.

Netizens have criticised the man for "throwing his daughter into greater risk", though some defended him and said it was easy to have a lapse in judgment in such stressful circumstances.