David Beckham reveals what helps him and wife Victoria stay together 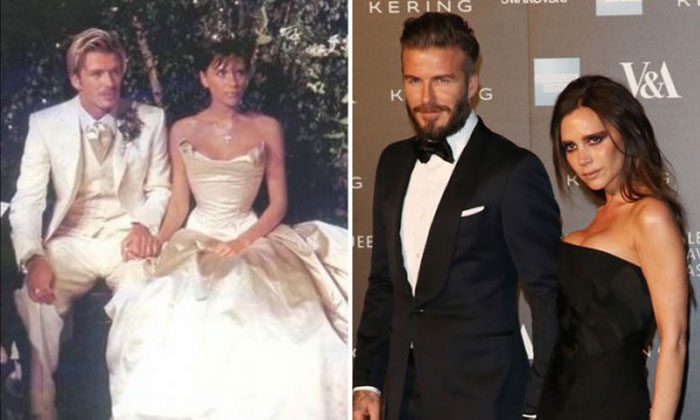 David and Victoria Beckham have renewed their wedding vows.

The couple tied the knot in a lavish ceremony in Ireland in 1999 and David admitted that their renewal ceremony was a much more tasteful affair.

Speaking to Kirsty Young for a special 75th anniversary edition of Radio 4's 'Desert Island Discs', he said: We did throw a lot at it. We have renewed our vows since then and it was a lot more private, there was about six people there in our house."

Referring to the thrones they sat on at the wedding and their eye-catching outfits, he added: "That was pretty bold. Victoria's was pretty nice.

David, 41 and Victoria, 42 - who have four children together - have had a number of ups and downs during their marriage but he insisted that they are still deeply in love.

He said: "Of course you make mistakes over the years, we all know marriage is difficult at times and it's about working through it.

"Whenever we've come up against tough times, we know each other better than anybody knows us so we talk.

David also praised his parents Ted and Sandra for providing him with a strong work ethic.

He said: "The only time my dad said you know what son you've done really well was when I got my 100th cap.

"From time to time he'd say great game. It makes me emotional. Probably, everybody wants to make their parents proud."