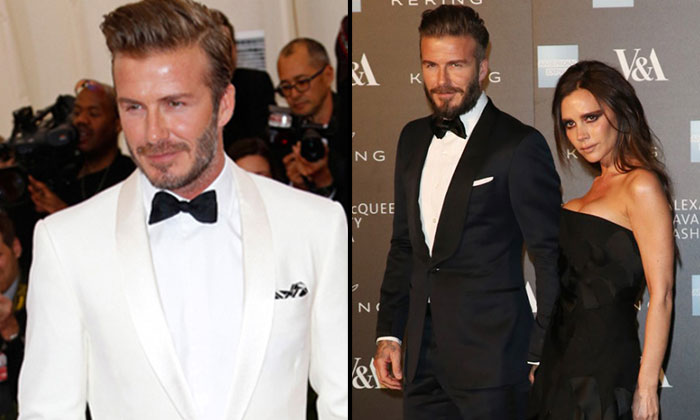 David Beckham has refuted allegations that he used charity organisations under his name to boost his public image and chances of getting knighted by Queen Elizabeth II.

A spokesperson for Beckham said that the 41-year-old football icon confirmed that the leaked private emails were doctored and hacked, painting a ‘deliberately inaccurate picture’, reports AsiaOne.

"This story is based on outdated material taken out of context from hacked and doctored private emails from a third-party server and gives a deliberately inaccurate picture.

"David Beckham and UNICEF have had a powerful partnership in support of children for over 15 years.

"The David Beckham 7 Fund specifically has raised millions of pounds and helped millions of vulnerable children around the world.

"David Beckham has given significant time and energy and has made personal financial donations to the 7 Fund.”

The allegations come after Beckham was subjected to a series of ‘Football Leaks’ probe by European Investigative Collaborations network, a consortium of 12 European media organisations.

Reports claimed that Beckham had refused to put his money into his humanitarian 7 Fund, tried obtaining reimbursements from UN children agency UNICEF for expenses incurred by his sponsors, and used his humanitarian work as a self-promotional material.

Beckham was officially made an officer of the Most Excellent Order of the British Empire in 2003, a rank just two steps below a knighthood.

One report even cited an email in which Beckham allegedly ranted for not receiving a knighthood:

“If i was American, I would have gotten something like this 10 years ago.”

In another email, he seemingly complained about being asked to match the highest bid in a UNICEF auction:

Check out more photos of Beckham and his wife, Victoria in the gallery.