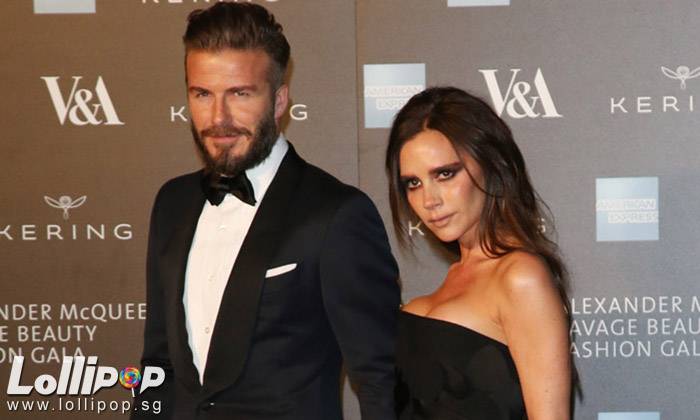 The 41-year-old retired soccer star and his wife, 42, earned the staggering amount from profits at their business firm Beckham Brand Holdings after accounts showed annual profits for the company have quadrupled from £10 million to just under £40 million.

According to the Daily Mirror newspaper, Beckham Brand Holdings oversees the fashion firm run by the former Spice Girl as well as DB Ventures, which brings in money from "licensing and other forms of commercialisation of the David Beckham brand."

Beckham Brand Holdings made a whopping £33.3 million profit in 2016, but the celebrity couple - who share children Brooklyn, 17, Romeo, 14, Cruz, 11, and Harper, five, together - only took home two thirds of the total as former Spice Girls manager Simon Fuller's XIX Entertainment Firm owns the other portion of the business.

And it's not just the Beckham family who are cashing in on their businesses either, as the publication reports that during 2016 "dividends totalling £10.2 million have been declared and paid to its shareholders."

The whopping figures come after it was reported in 2015 that experts at the London School of Marketing estimated the famous family to be worth just over £500 million, putting them ahead of the Queen.

The Daily Mirror also reports the large jump in profits is likely down to a deal made with Hong Kong-based fashion firm Global Brands.

Stephen Stern from the High Pay Centre told the publication: "These are extraordinary numbers, but Beckham is a global superstar."