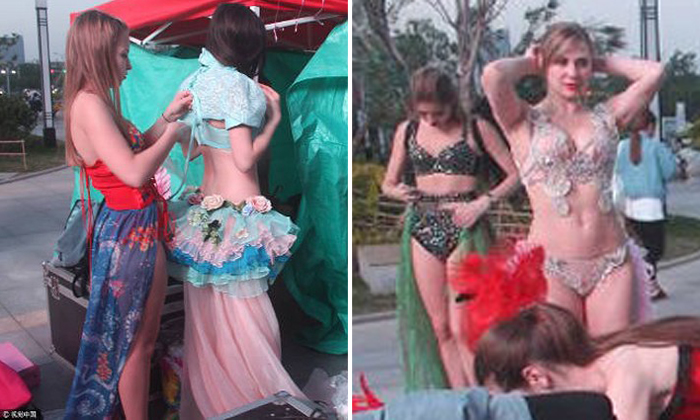 We have all seen instances of over-enthusiastic men going overboard with models at fashion shows and car shows.

Recently, a group of foreign models faced a similar problem while performing in China.

At a fashion show in Binzhou, Shanzhong the models had to change their outfits in public, reports Shanghaiist.

Makeshift tents were set up next to the stage, but were too small to fit all the models.

So they took turns, and some simply stripped to their underwear outside.

And this drew the attention of local men, who stood around taking photos of the women changing.

They were surprised when one of the foreign models told them politely, in fluent Chinese, to not take photos of the women changing outfits.

When they put their smartphones down, she thanked them in Chinese as well.