Chinese man gets stopped by police after making three-point turn on highway into oncoming traffic, says he didn't know it was illegal 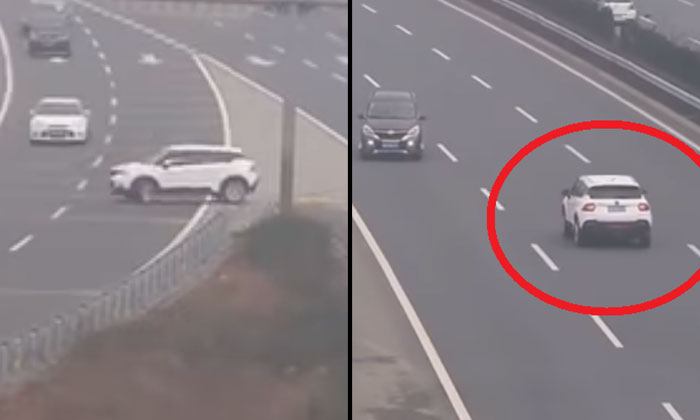 A Chinese man became the subject of netizens’ ridicule when he made a reckless U-turn -- into ongoing traffic on a Jiangxi highway last month on Jan 30, at around 10.06am.

The incident was captured on a video and uploaded to social media, reports Shanghaiist via World of Buzz.

In the video, the driver is seen stopping his white car by the side of a highway, before making a three-point turn, driving against traffic and onto a different highway.

While he was making the U-turn, the driver of an oncoming black vehicle had to swerve right to avoid hitting his car.

Fortunately, the Chinese police soon caught up to the errant driver and stopped his vehicle.

After he was apprehended, the driver told the police that he did not know such a manoeuvre was illegal.

Watch a video on the incident below.