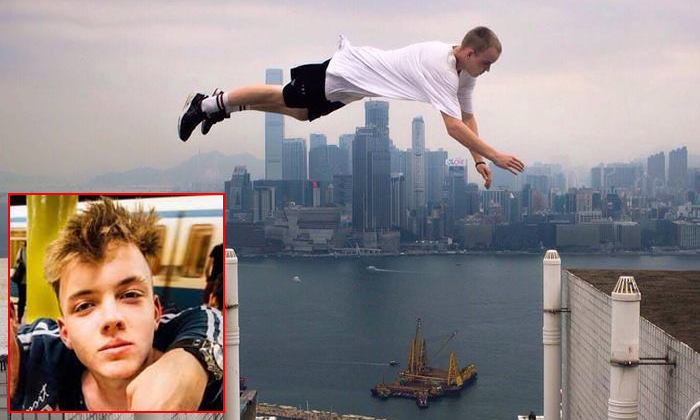 A British parkour athlete died on a New Year's Day train accident on the Paris Metro.

Mr Nye Frankie Newman, a 17-year-old from Guildford in Surrey, located Southwest of London, was an active participant of parkour, an extreme sport which involves climbing and jumping over obstacles, according to BBC.

While the cause of Mr Newman's death is still unknown, Mr Luke Stones, a member of the Brewman parkour group which Mr Newman was a part of, rejected the idea that he died while "train-surfing" - the act of riding atop a moving train.

According to BBC, a spokesman for the Foreign Office said it was providing support to the family of a British national following a death in France.

The post was location-tagged 'Paris, France' and featured a photo of his legs dangling out on a tall building in Hong Kong a few months ago.

Mr Stones described his friend as "an incredible human being who was always up for anything" and "experienced things in his short life that many won't experience in their lifetimes", according to BBC.

Another person who knew Mr Newman, Mr Joe Groombridge, from Aldershot, wrote on Facebook that he was "devastated" at the news, and that his late friend was "always wild and eccentric with so much to give".

"Stories I've heard of his travels tell me he lived his life in the exact same way inspiring people across the world doing what he loved most. Taken too soon, RIP."

In March, an event will be organised in Mr Newman's hometown of Guildford, to honour his memory.