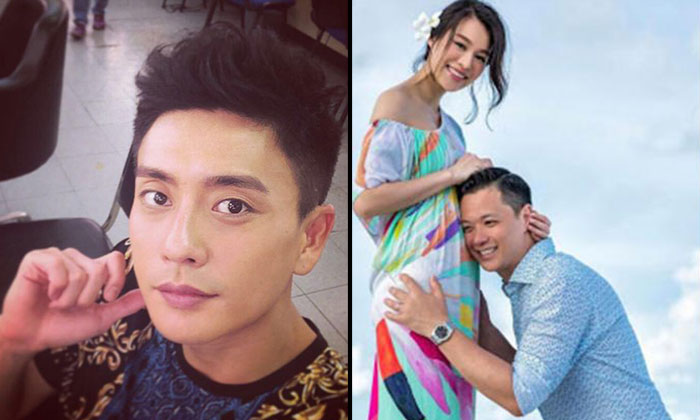 Bosco Wong responded with joy when asked to comment on his ex-girlfriend, Myolie Wu’s pregnancy.

Myolie Wu, whom Bosco had broken up with back in 2012, had announced her pregnancy on Mother’s Day (May 14).

This was also her first child with husband Phillip Lee, reports Jayne Stars.

At a blessing ceremony for Bosco’s new television web drama, Flying Tiger, when asked to comment on Myolie’s pregnancy, the jubilant Bosco said:

“I hope the baby grows up healthily and well.

If she wants more, then I wish her two babies within three years!”

When reporters asked when it will be Bosco’s turn to be a father, the star replied:

“I really have no time to think about that right now.”

He also admitted that he hasn't messaged Myolie to congratulate her on the news yet.