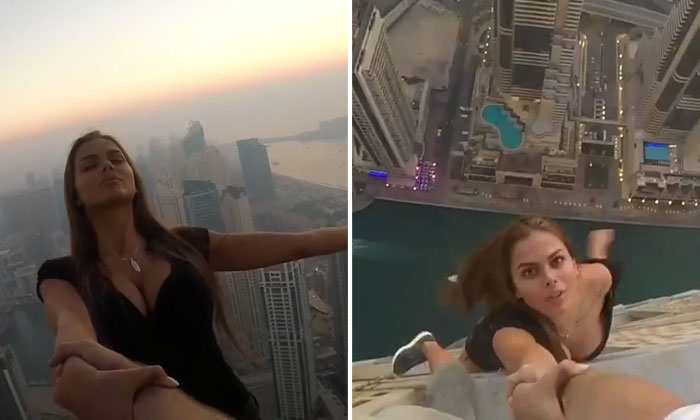 The extreme method a Russian Instagram model used to get the 'perfect' shot has been met criticism online, with netizens slamming her for risking her life unnecessarily.

Victoria Odintsova, 22, posted a 'behind-the-scenes' video on her Instagram showing how she took a vertigo-inducing photo with Dubai's skyline in the background.

No safety gear or measures were in sight as she dangled several storeys up held only by her male photographer's hand.

While there were those who were in awe of her 'bravery', several netizens have slammed her antics as 'stupid'.

They accused her of not valuing her life and for being a bad role-model, fearing that others may be influenced to attempt similar stunts.

Another wrote: "Now youth will do the same for attention and likes. Your choice to be risky but you will influence others."

The video was taken at the Cayan Tower, which is 306 metres or 75 storeys tall and was the world's tallest building in 2013.