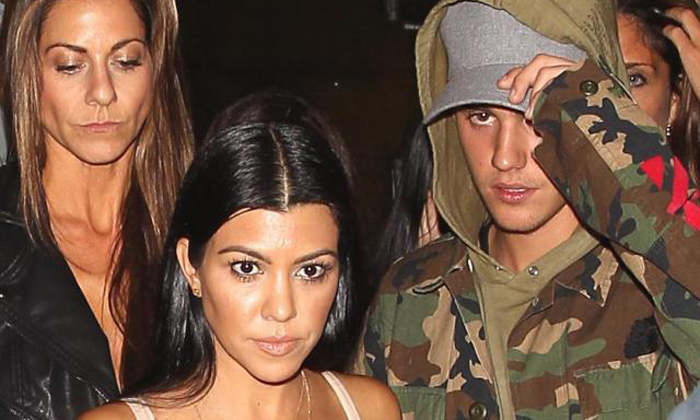 Kourtney Kardashian and Justin Bieber had an awkward reunion over the weekend.

The 'Keeping Up With The Kardashians' star and the 'Love Yourself' hitmaker - who were rumoured to have had a brief fling in August 2015 - managed to cross paths at the Peppermint Club in West Hollywood on Saturday night (14.01.17).

Justin was at the club for a couple of hours with a group of pals including One Direction's Liam Payne whilst Kourtney arrived later and only stayed for around 15 minutes.

Separately, they then both moved onto the popular Delilah until two in the morning.

A source told Us Weekly magazine: "They were just there as friends, with friends and and it was not romantic."

It comes soon after Kourtney, 37, admitted she has "trust issues".

Taking to social media, she simply wrote: "I've got trust issues," but did not elaborate further on who or what it was about.

However, it is thought it could specifically relate to her former partner Scott Disick - with whom she shares Mason, seven, Penelope, four, and Reign, two - after they recently rekindled their relationship.

A source close to pair revealed: "Kourtney is doing her part.

"She has a lot of strong feelings for Scott and she is enjoying having him around.

"She sees how much happier their children are when he's around, so she is being patient with Scott and trying to be forgiving of his rocky past.

"Scott and Kourtney are having a lot of fun too. They are stronger and healthier as a couple than ever before ...

"They have been laughing a lot and enjoying each other's company.

"Kourtney and Scott have taken the kids to Aspen for some skiing and are continuing to get along great.

"Scott is not drinking at all and working really hard to be present for Kourtney during this family vacation."