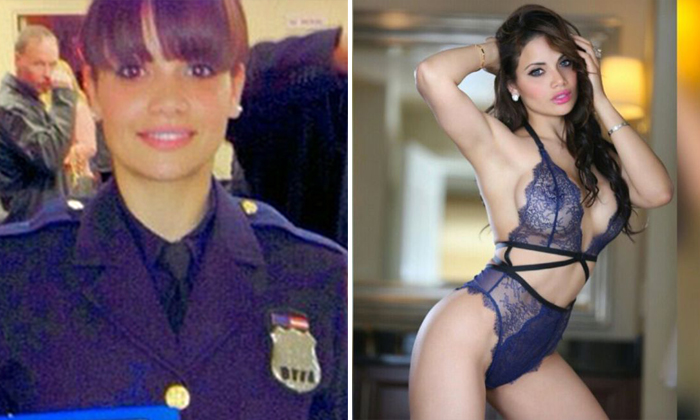 When New York police officer Samantha Sepulveda is not busy keeping the city safe, she is flaunting her toned figure as a model.

With more than 219,000 followers on Instagram, the 32-year-old beauty is the Internet's latest sensation.

According to Elite Daily, "people are basically begging to be stopped and frisked by this gorgeous girl", and that "most of her suspects do not even try to put up a fight -- they just follow her back to the station willingly."

Samantha, who joined the force in 2010, told the New York Post, "I talk men into handcuffs all the time because they don’t want to fight me."

A lot of her convicts have also apparently told her that she could arrest them anytime and some have even asked her out on dates.

Samantha's modelling career kicked off three years after she became a police officer, when she was invited to do a runway show for her friend's lingerie company.

Despite her success and popularity as a model, she stays professional while on duty.