Aquaman? This 56-year-old Malaysian man is able to float vertically in water for hours 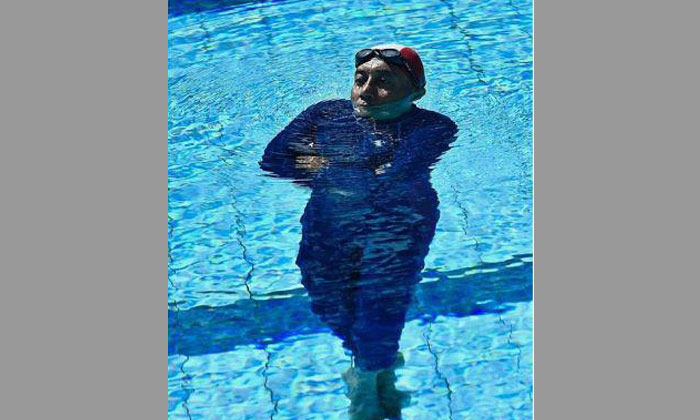 Who said you need to be a professional swimmer to do amazing tricks in water?

This 56-year-old Malaysian retiree is able to vertically float and walk in water -- without his feet touching the swimming pool floor and just his head out of the water.

Zulkifli Mydinsah is not setting his eyes on entering the Malaysia Book of Record (MBR) for his "amazing" talent in water, reported The Star.

And this talent was something he realised only six years ago.

"I managed to vertically stay afloat for more than two hours and I'm sure that I can stay afloat longer than that despite not being a professional swimmer.

"I've searched the Internet to see who can also do such a thing but it's been coming up empty so far," he said after showing his skills to reporters at the Universiti Sains Malaysia swimming pool on Wednesday (Jan 18).

Zulkifli had tried doing his trick in the sea but was unable to do so as the seawater made him too buoyant.

"I'm unable to explain how I can do this but I feel blessed to be able to do so," he said.

When asked whether the acts can be done by others, Mohd Rozmi, who is also the Penang Amateur Swimming Association technical officer, said he believed that it could be done with strict training but it is very unheard off.

"I've tried to do it myself but I can only afloat like that for less than three-minutes. I think Zulkifli's talent is a natural gift," he said.