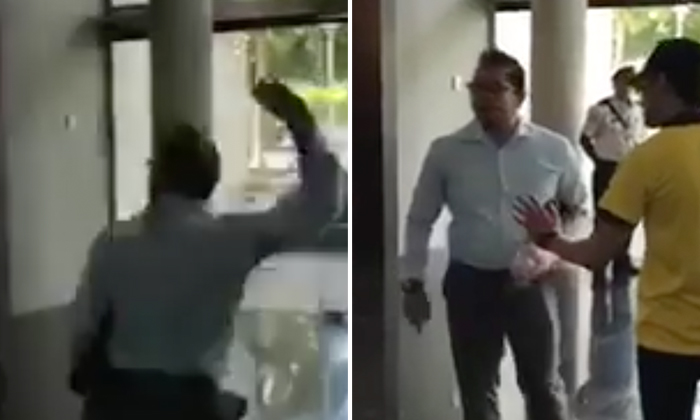 A Malaysian man, Mohd Al Iman Zakaria, resorted to a more unusual way of getting his voice heard after his complaint to a telco company went unheeded despite him trying every single avenue — he went over to the headquarters of the company and started tossing eggs everywhere.

The incident was recorded on video and posted onto Zakaria’s Facebook page.

In the video taken at the Headquarters, Zakaria is shown taking a few eggs and throwing them, while shouting  out loud, reports World of Buzz.

He had reportedly exhausted every single method he could think of but could not get a satisfactory reply.

“This is the only option left for me.

“I’ve logged the report to the company’s official email, their Facebook page and even filed a complaint to the Consumer Forum Malaysia (CFM).

“I apologise for my actions, but this is what happens when you run out of patience and nobody cares.

After the video of his daring act became viral, Zakaria updated on his Facebook page that the company had agreed to meet up with him and the matter was settled amicably.