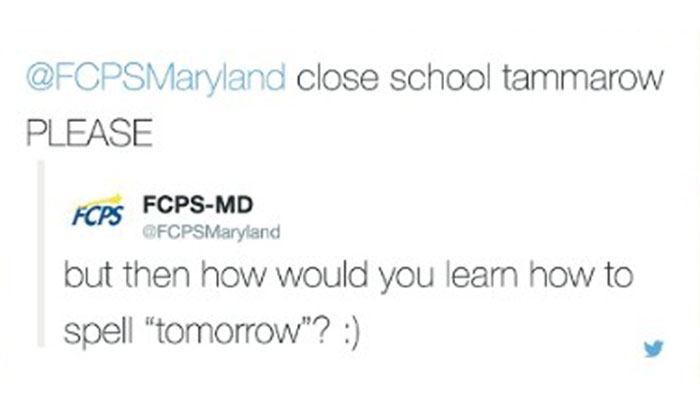 A staff member of a school in North Carolina, USA has been fired after posting a reply on Twitter.

She had 'sassily' replied to a student asking to "close school tammarow PLEASE" with, "but then how would you learn how to spell "tomorrow"? :)".

The tweet acquired thousands of retweets and likes but caused her to be called in by her bosses.

She was officially terminated soon after.

According to Distractify, Katie Nash, 34, had been hired to manage the district's school's social media accounts.

She had been given feedback from a focus group made up of students that the tweeting was "flat" and they were looking for more engagement.

The tweet seemed to have gone well with her students who thought it was funny, a sentiment not shared by her higher-ups.

She was made to delete the tweet before she left.

Related Stories
Math mix up: Most students performed better than their prelims
More wish to enrol their kids in kindergartens set up by MOE
The teacher who touched many lives: He kicked me in the butt for asking silly questions'
students
youth
school
funny
twitter
controversy