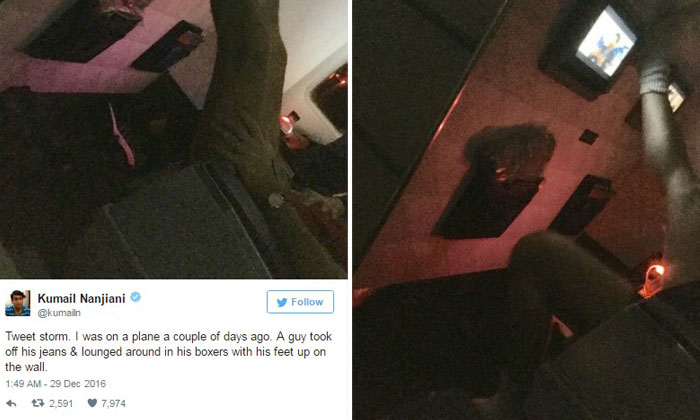 Pakistani-American comedian Kumail Nanjiana recently took a five and a half hour flight and was unfortunately seated next to a man who had no qualms about making himself at home.

The man took off his jeans and then proceeded to put his feet up on the wall, spread-eagled.

When he was asked by a flight attendant to put down his feet, he just stared her down.

He then put one foot back up on the wall.

Apart from being a nuisance to other passengers, the man was rude to the flight staff and would slam his fist on the armrest if he did not get their attention.

He finally put on his jeans just before landing and stood in the aisle in defiance of the lit-up seatbelt signs.

"He walks off the plane. No police is waiting for him. No justice. He adjusts his belt, and the monster blends into a crowd."