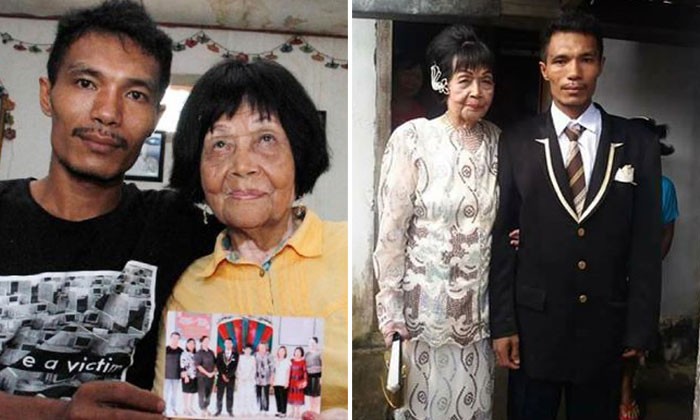 You probably have come across your fair share of unlikely couples. They however will have to be really unconventional to compare with this one.

According to World Of Buzz, Sofian Loho Dandel, a workshop staffer in Indonesia, received a call last year from a stranger.

It turned out that the latter had dialled the wrong number.

He told the media:

"A year ago, I received a phone call from an unknown caller.

"I answered and we came to know each other.

"Since then, we have constantly kept in contact, without me knowing her age."

Sofian eventually made a 120km journey to meet Martha Potu, the woman he had been conversing with.

After seeing her for the first time, he was shocked to find out that she was 82 years old, 54 years older than he was.

"I did not expect Martha to be as old as this. However, we are truly in love and both decided to continue with this relationship," said Sofian.

Martha's former husband had passed away 10 years ago. She was living in Indonesia alone as the rest of her family was living abroad.

Sofian and Martha decided to get married even though relatives on both sides objected to the relationship.

"We didn't know his fiance was a grandmother. We are very surprised but what else can we say.