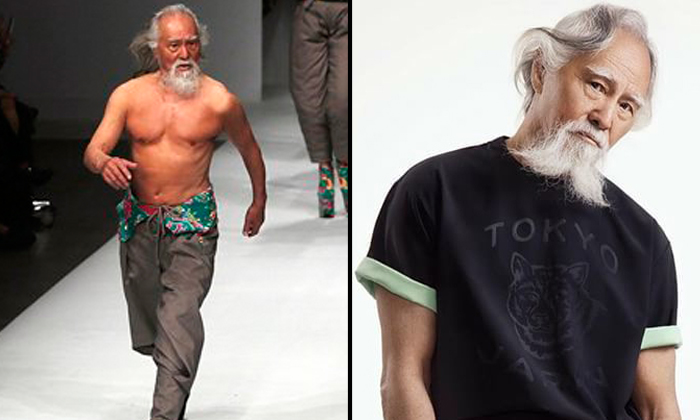 With his gym-honed figure, hipster beard and youthful looks you would think that Wang Deshun was half his age.

The actor and model is in fact 80-years-old and is being dubbed the 'world's hottest grandpa', after proving a hit on the runway in China, Shanghaiist via The Daily Mail reports.

At the 2015 China Fashion Week in Beijing, Wang strutted down the walkway, stealing the show away from his much younger colleagues.

Deshun was born in the Chinese city of Shenyang before becoming an actor at 24.

He has starred in films including The Forbidden Kingdom and Warriors of Heaven and Earth.

Since then, Wang has applied himself to reshaping popular perceptions in China about what it means to get old, working hard everyday to keep himself young, both in body and spirit.

“One way to tell if you’re old or not is to ask yourself, ‘Do you dare try something you’ve never done before?’

“Nature determines age, but you determine your state of mind."

You can watch the video below to find out what the world's hottest grandpa's secret is for staying young.