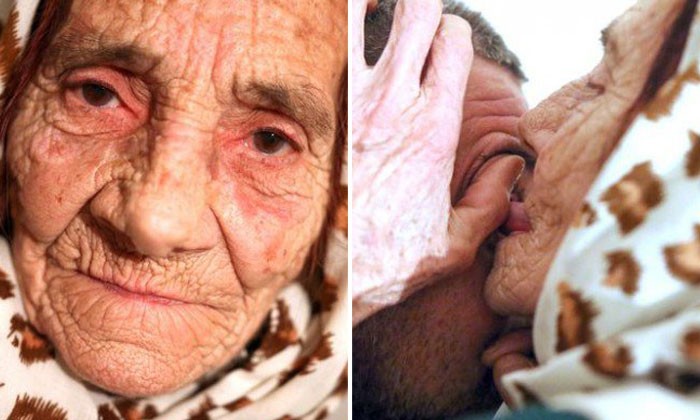 Hava Celebic, an 80-year-old woman from the Bosnian village of Crnjevo, uses her tongue to clean people's eyes of various debris.

Known as "Nana Hava" in her home village, she learned the strange medical treatment a long time ago from another woman named Hava.

For decades now, she has been cleaning people's eyes by licking their eyeballs and claims to have been wanted by people of all nationalities including Russians and Americans.

Her patients are those with problems which modern medical procedures have failed to solved but her method is dependable when it comes to locating and removing a myriad of debris like a piece of lead, iron, coal, sawdust and glass from people's eyes.

She said, "There are a lot of those that modern medicine could not help.

"They came to me out of the hospital with swollen eyes, I clean them and remove the speck.”

The healer claims she has helped to cure over 5,000 people in her lifetime.

According to Carter News via Oddity Central, those who truly believe in her gift has mentioned to her that the villagers are going to cut off her tongue when she dies so that it can continue to cure people.

Her process begins with sterilising her mouth with alcohol, asks the patient to hold their eyelid raised and begin searching for specks in the eye socket with the tip of her tongue.

She says, “Unfortunately I can not pass this to my descendants because my children are too disgusted to put their tongue on someone’s eye."

“I don’t charge licking for those who are not employed and have no money but my service fee normally costs around 10 Euros."

Related Stories
Chinese woman's breasts shrink and 'drop' to her stomach after chest enlargement injections
Look what happened to woman who got poison ivy... on her eyes
cleans eye with tongue
elderly
disgusting
medical condition