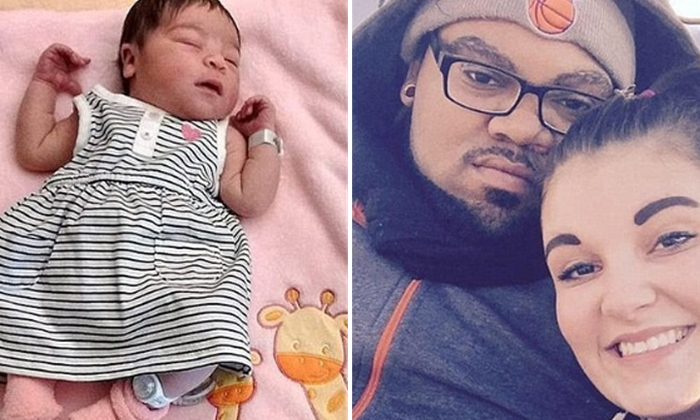 A five-month-old died of starvation and dehydration days after her parents allegedly killed themselves by overdosing in mid-December, leaving her all alone.

The infant named Summer Chambers was on her own for five days before she died, The Lad Bible reports.

The neighbours thought that the family were out of town as they had not heard or seen any of them for days.

Summer's parents died of a fentanyl overdose, a drug similar to morphine but 100 times stronger.

27-year-old Jason Chambers and 19-year-old Chelsea Cordaro had several times more than the recommended dose in their blood system, the Daily Mail reports.

The bodies of the family were found on Dec 22 at their home in Pennsylvania.

Jason was found in the living room, Chelsea was found in a bathroom and the baby was in a bassinet in the second floor bedroom

Coroner Jeff Lees said that the overdose was an accident.

"There was evidence found at the scene, at the investigation that showed evidence of fentanyl.

"There was heroin also found at the scene, drug paraphernalia inside the residence."

However, it was not the first time that Summer's father had overdosed on fentanyl.

Emergency services were called only in November to revive Jason. Children and Youth Services were reported and deemed that the house was fine and the child looked after.

Related Stories
3-month-old baby dies while being fed by father who was playing with his phone
Chinese mother locks crying infant in dog cage to play Mahjong in peace: "I just put him in there for a while"
Woman trips over dress and drops baby to death in Uzbekistan shopping mall
baby
infant
death
tragic
overdose
starvation