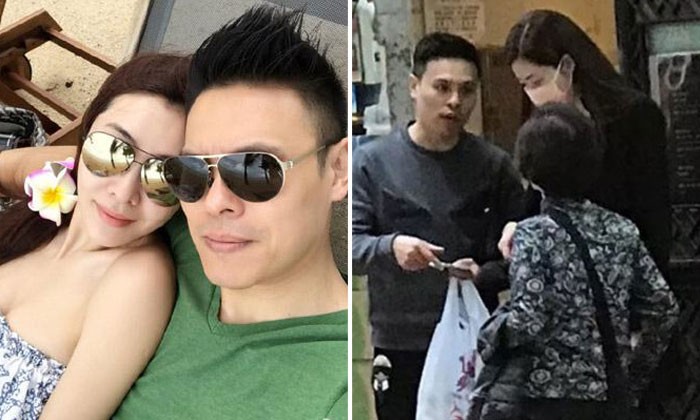 Lynn Hung's blissfully married to the 'Ip Man' of her life, now, could she be pregnant?

The model-actress sparked speculations of a possible pregnancy when she was recently spotted visiting a famed traditional Chinese medicine clinic in Hong Kong with her attentive hubby in tow.

According to Apple Daily Taiwan, a physician was also seen teaching the couple how to brew Chinese herbs.

Although she declined to answer questions at that time, the 36-year-old's cryptic post on Weibo yesterday hints that she may be expecting.

Perhaps it is not yet time to share the good news, as announcing a pregnancy during the first trimester is usually frowned upon in Chinese tradition.

After getting hitched with Hong Kong businessman Ken Kwok last October, the actress has made no secret of her plans to start a family soon.

In a recent interview, she said: "The most ideal is to have two. I'll have one first, and if I can cope and take good care of the child, I'll think of a second one."

She also asked for some pregnancy tips from Angelababy who gave birth to a son last month, Apple Daily reported.

Related Stories
16-year-old pregnant girl wakes up in coffin, alive...only to die in hospital
'Pregnant' men board train and ask commuters to 'give them some space'
celebrity
entertainment
pregnant
marriage