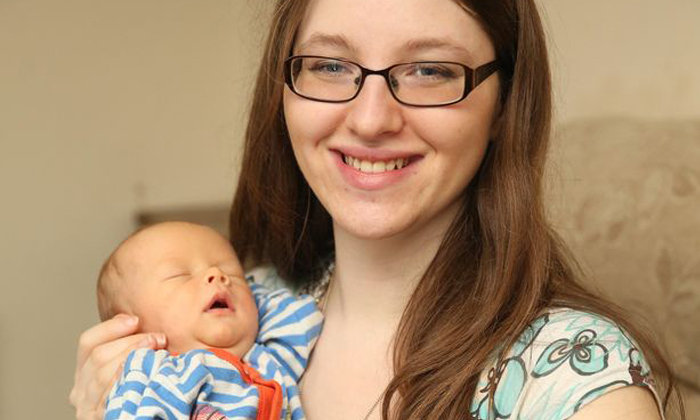 A 23-year-old woman from England woke up to find she had nearly pushed her baby out, after a machine monitoring her contractions misread how intense they were.

Alice was medically induced, but shortly afterwards decided she had quite like a nap, much to the amazement of her doctors, The Lad Bible reports.

She woke up a short while later and her son, Philip, was just making his way into the world.

"Because the contraction monitor wasn't reading me properly, doctors didn't realise that I was as far along as I actually was.

"So I was given some drugs to let me nap for a couple of hours, but 30 minutes later they realised I was ready to push."

She also says that she was "completely out of it", which could explain how she managed to drop off.

While 38 weeks pregnant, Alice was told little Phillip had stopped growing, so was forced to go through an inducement.

After being given a hormone injection to bring on labour, she was linked up to a machine which was tracking her contractions.

The machine failed to do its job and as she came 'round from her snooze', Alice's body was ready to give birth.

The worried doctors thought she may have to undergo an emergency Caesarean, because she was 'too relaxed' to push.

It gets even more bizarre as John, Alice's wife, started telling his wife to push and even though she was asleep, she did.

With just 10 minutes to go until Phillip popped out, Alice woke up, gave birth, and then went back to sleep for a couple of hours.

"I remember a nurse trying to put Philip in my arms, but I was going to sleep again, only to wake up two hours later to properly meet my son.

"Though I'm pleased I missed the pain of labour, I do wish I had been more present for my first baby's birth.

"Now when he's older and asks me, I'll have to tell him I nodded off."