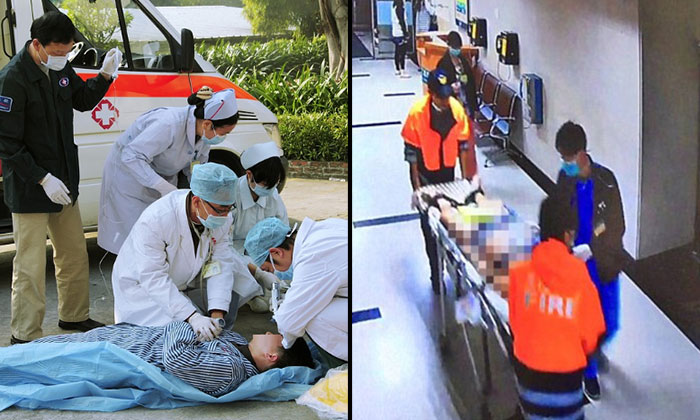 Too much of a good thing can be bad, or even fatal as evident in this case.

A 22-year-old Taiwanese man, Huang, collapsed and was rushed to a hospital while he was having intercourse with his girlfriend.

His 20-year-old girlfriend from Keelung, Taiwan told emergency workers that her lover seemingly had difficulties breathing and blacked out moments later just after the two started having sex at 5am yesterday (Feb 6).

“He lost consciousness and fell on the bed with a loud thud.”

She immediately called for help and Huang was conveyed to a hospital, where he was declared dead moments later.

Even though there was no official diagnosis, doctors believed that the victim suffered a stroke or a heart attack, and theorised that the cold temperature might have led to his death.

Dr. Shih, head of Keelung Chang Gung Memorial Hospital’s emergency room released an official statement warning people to avoid strenuous sex when the weather is cold, and to warm up with some exercise before getting intimate with their partner.