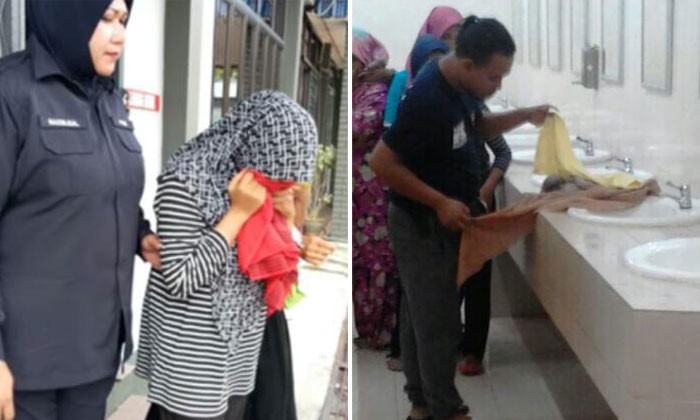 A 20-year-old female college student was charged in a magistrate's court with drowning her newborn boy in the toilet bowl of a hostel.

Nur Izzati Adi, 20, a first year student in food processing at an agricultural college in Bukit Kayu Hitam, nodded her head when the charge was read out to her on Monday (April 10).

The eldest of four siblings from Sungai Petani, Nur Izzati was alleged to have murdered the baby in the women's toilet on the third floor of the college at about 5.20pm on March 30.

She was charged under Section 302 of the Penal Code for murder.

The accused was denied bail and taken to the Pokok Sena prison.

Magistrate Nurfadrina Zulkhairi set June 7 for re-mention of the case pending completion of the post-mortem report.

Police had initially investigated the case for concealment of birth by secretly disposing of a dead body. However, the case was later probed for murder after an initial post-mortem report showed that the baby was born alive.

Police have also arrested a chalet assistant from Pendang in the investigations.