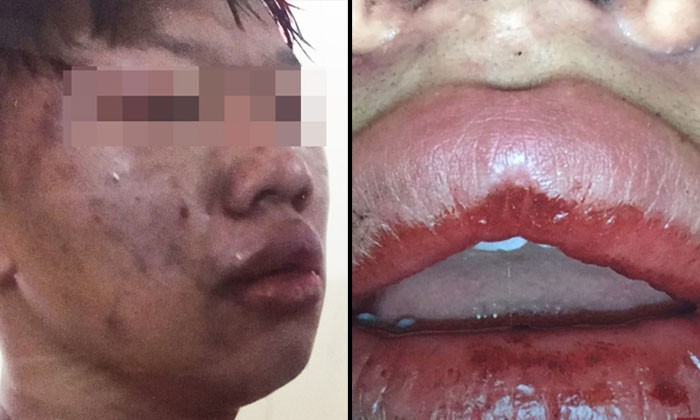 A 15-year-old student was allegedly beaten up by gangsters in Kuala Lumpur on Friday (Jan 27) after he refused an invitation to join their group.

According to Kwong Wah News via World of Buzz, 12 gangsters entered the teenager's school prior to the assault to recruit potential members.

The student rejected their invitation, and was subsequently beaten up by the gang.

He claimed that he was assaulted with wooden sticks, umbrellas, helmets and a fire extinguisher.

”They also burnt my face with lit cigarette butts, poked my throat with the umbrella’s edge and also shoved my face down a bucket of water.”

To add insult to injury, the teenager was also reportedly forced to film an apology video for the gang's leader.

The gang then threatened to kill him if he reported the incident to the Police.

The victim however did so anyway and was hospitalised thereafter.

He sustained injuries on his cheeks, face and back based on photos of him taken following the assault.