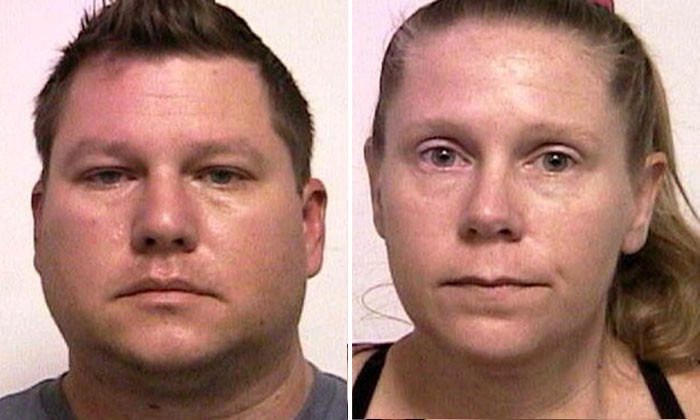 Marc and Brenda Marshall was arrested by the police in Florida, America after forcing their 10-year-old daughter to sleep outside naked and have been charged with child abuse.

A police report shows that Marc told authorities when he got home from work around 7pm on Fri (Jan 20), his wife informed him that his daughter was being punished for urinating and defecating on the floor in the house.

According to Suwannee Democrat via Mommypage, Brenda is not the 10-year-old girl's biological mother.

The little girl was then forced by Brenda to sleep in the backyard naked near a section of paved concrete next to the back door for the entire night.

She was also not checked on by her father and was found wandering around the streets at around 7.44am, a mile away from her house where she was found by a concerned passerby.

When officers showed up to the Marshalls' home around 8.40am, they still had no clue regarding the girl's location.

The girl was found hungry and frightened and with cuts and bruises all over her feet when she was found.