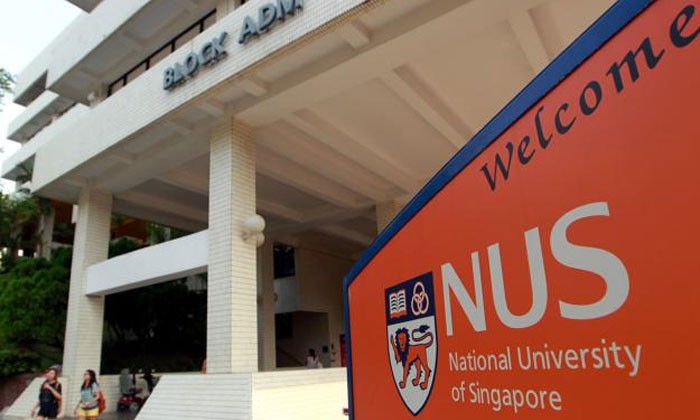 Eight years ago, when she was 12, Miss Edith Enright was hit in the head by two schoolmates during an orientation activity, she alleges.

Now aged 21, the Harvard undergraduate is suing them and the National University of Singapore (NUS) High School of Mathematics and Science for the injury which she claims affected her balance, and still causes migraines and giddiness, and has left her sensitive to certain smells and lights.

She could have sued earlier through a legal representative such as her parents. But the law also allows Miss Enright, an American, to wait till she reaches the age of majority, which is 21 here, and sue in her own name within three years.

Senior lawyer Niru Pillai said: "They do this for a variety of reasons, such as to better gauge how the effects of the injury manifest itself over time and also to spare the possible anguish and trauma of a minor having to face court litigation."

It was the third day of school in 2008 when Miss Enright and the other two NUS High students were involved in an orientation activity known as "Wet-the-Flag", together with about 160 other students.

In the activity, the students of each class had to construct a "fort" using metre-length wooden poles, and then place a flag on top.

Part of the challenge, which took place on the school track, was for rival groups to wet the others' flag by throwing water balloons. Poles were also used to deflect the water balloons.

Miss Enright claims that the two defendants struck the side of her head with a pole during the activity.

The injury, she said, kept her away from classes for three months. When she returned to class, she could do so only on a part- time basis, and took her examinations on a modified schedule.

Miss Enright, then a proficient athlete and competitive ice-skater, also claims she partly lost her ability to balance.

In the year that followed the incident, she had to consult several specialists, was repeatedly hospitalised and suffered post- concussion syndrome and insomnia, her lawyer Subramaniam Pillai said in court papers filed.

Since the incident, she also has had to rely on special schooling arrangements, including at her current place of learning, Harvard University.

These include attending fewer classes, unique arrangements for exams, and special accommodation which keeps her away from flashing and coloured lights.

All three defendants deny her claims.

One of the former NUS High students said he was 12 then, and had no choice but to take part in the orientation games as he had just enrolled in the school.

According to the papers filed by his lawyers, Ms Choo Yean Lin and Mr Lee Chow Soon, he remembers holding on to a yellow pole with his classmate to deflect the balloons, and had no intention of hitting the plaintiff.

His classmate said he was also unaware that either he or his classmate had hit Miss Enright until he heard a shout. Even then, he was unsure if it was directed at them. He alleged that she was also to blame for failing to keep a safe distance.

The school, defended by Dentons Rodyk & Davidson lawyers Loh Jen Wei and Nerissa Tan, made clear that the activity was closely supervised by student leaders and teachers.

Miss Enright's class mentor, Ms Joon Ng, had ordered both defendants to stop and the event was terminated immediately as the students had breached the rules by stepping out of the "fort".

The school added that Miss Enright contributed to the injury by failing to keep a safe distance from the other two students.