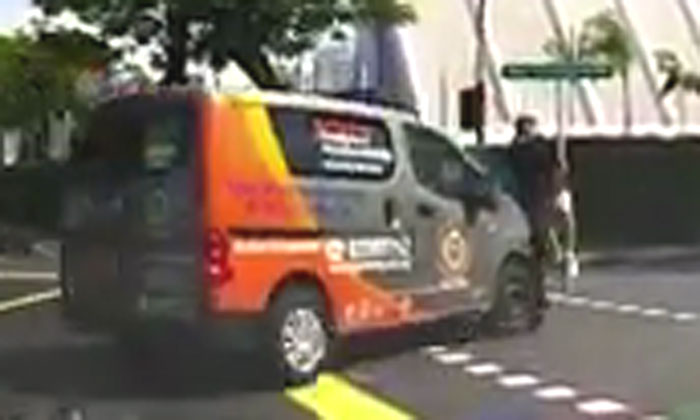 A van hit an e-scooter rider who was using a pedestrian crossing along Upper Serangoon Road.

A Stomper alerted us to a video of the incident that was posted on Roads.sg's Facebook page.

"Van crashes into e-scooter user at pedestrian crossing. But damn those ninja skills.

The green man was flashing when the e-scooter rider was crossing the road but the van driver drove straight through without slowing down.

The rider appeared to have prepared for the impact by quickly jumping off his scooter but unfortunately, was just not quick enough.

However, he managed to roll off the side of the van instead of getting hit front-on which could have resulted in more severe injuries.

The rider did appear to be in pain and sat on the road after getting hit.

Netizens have slammed the van driver for not slowing down at a pedestrian crossing but are conflicted about the e-scooter rider.

Some believe that he should have dismounted and not crossed while the green man was flashing.

Others think that he was going so slowly, it would not have made a difference if he was riding the e-scooter or not.