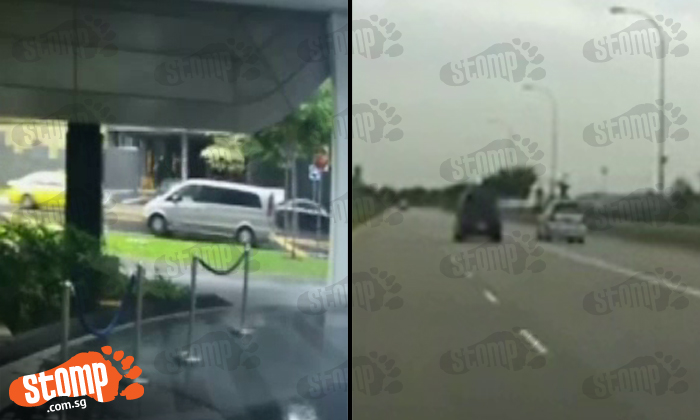 Submitted by Stomper Anthony and Engineer

Lately, it seems as if many drivers have forgotten basic driving fundamentals like minding road signs and paying attention to the direction of traffic.

In the past three days, we've received two video clips of errant drivers who have driven against the traffic flow.

On Sunday morning (Jan 29), Stomper Engineer was driving along Changi Coast Road when he came across a driver who drove on the wrong side of the road.

In the video the Stomper sent to Stomp, a silver car can be seen overtaking a black car. As the driver overtakes, he spends an unnecessarily long time driving against the flow of traffic before he finally accelerates and overtakes the black vehicle.

In another case contributed by Stomper Anthony, the Stomper witnessed a silver vehicle drive against traffic along Cairnhill Road on Monday afternoon (Jan 30).

In the video the Stomper contributed, the silver car can be seen exiting Ascott Orchard. However, instead of turning right on the one-way street, the driver turns left, and eventually ends up holding up traffic as he reverses.

"Thank God other cars stopped and didn't run into them."