Do you think driver of SGD7119S deserves to be on the road? Watch this road rage video 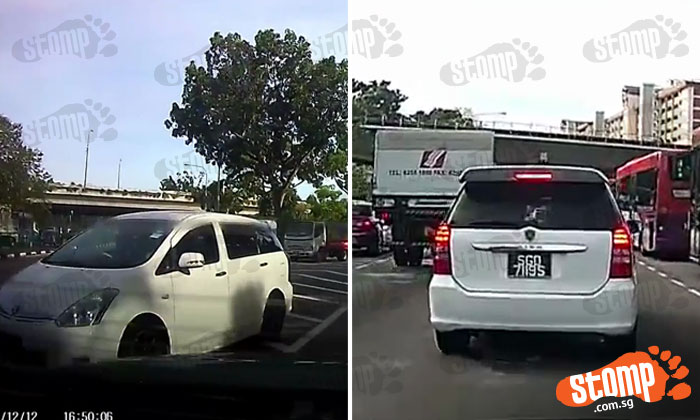 Stomper Denny had a nasty experience with another driver who demonstrated road rage after getting honked at.

The driver of licence plate number SGD7119S drove illegally over chevron markings on the road in order to 'cut queue' while filtering out.

He almost hit the side of the Stomper's car while doing this so Denny sounded his horn to make the other driver aware.

However, it was clear that this driver did not like being honked at and demonstrated road rage behaviour thereafter.

He proceeded to cut into the Stomper's lane and braked several times as if to cause an accident.

"The driver of SGD7119S tried to block our way and tried to jam on the brakes again and again for 2 streets.

"When we switched lanes to avoid him, the driver swerved into our lane to block us and jammed on his brakes without signalling a number of times to try to provoke us or cause an accident deliberately.

"We ignored the errant driver and continued driving in our lane but the driver of SGD7119S then decided to slow down and tail gate us to pressure us from behind.

"When reaching the junction, the driver of SGD7119S suddenly jammed on his brakes again in the adjacent lane, wound down his window and showed the middle finger before recklessly driving off by cutting across 3 lanes onto Marymount Road.

"This is dangerous driving and an outright challenge to the Traffic Police and out traffic regulations!"