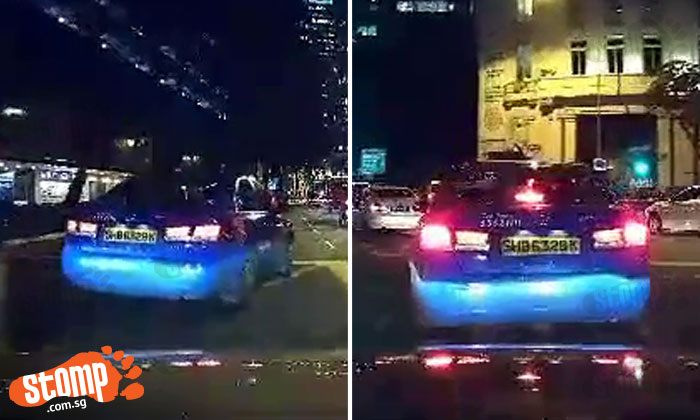 Stomper Melvin sent Stomp a video showing an unpleasant road encounter that he experienced along Collyer Quay on Dec 20 at around 8pm.

In the video from the Stomper, his vehicle can be seen travelling along Collyer Quay when a taxi turned out of a road in front of him.

The Stomper had the right of way, but had to press on his brakes to avoid hitting the taxi.

Following what happened, the Stomper then filtered into the left-most lane of the road.

The cabby then did the same thing and steered the taxi in front of the Stomper's car.

After that, the cabby started playing the 'braking game' and pressed on his brakes three times in a span of a few seconds.

Said the Stomper in a telephone interview:

"There was still some distance between the taxi and the car in front of him.

"The cabby did not have to slow his vehicle down by braking.

"He did not think about road safety at all. My pregnant wife was in the car when the incident happened.

"I did not even honk at the taxi."