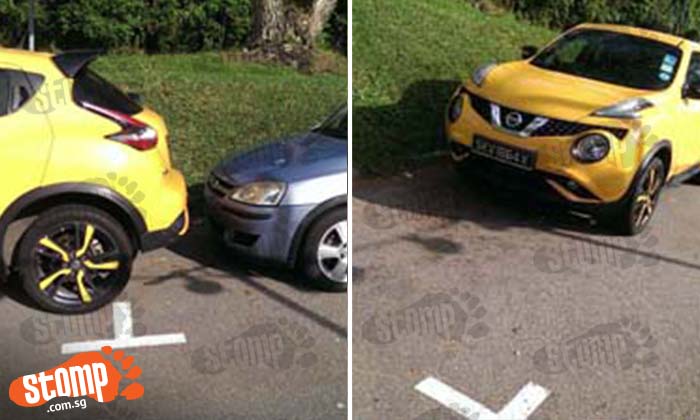 Stomper Heng was enraged to find out that a driver had parked her car too close for comfort to his vehicle, leaving him stranded for nearly an hour with no room to steer his car out of the parking lot.

"It happened at around 5pm last Sunday (Jan 1). I parked my car along the nursery schools at Thomson Road.

"This driver parked her car so close to mine, leaving only about an estimated gap of 20cm between our vehicles.

"As the parking lot is on a slope, my car would roll down whenever I released the brakes.

"From the photos (in the gallery above), it is clear that there was so much space in front of the driver's car," added Heng.

The Stomper said he was angry because he had waited for nearly an hour, hoping the driver would appear and move her car.

Heng only managed to drive his car out after the driver of the vehicle parked behind his car had driven away.

"While waiting, I called the Land Transport Authority (LTA), and they got back to me only after I had driven off.

"The officer from LTA told me the lady of the vehicle that caused an obstruction said she did not cause any inconvenience.

"She even told LTA that she had parked her car within the parking lot. What a big liar!"