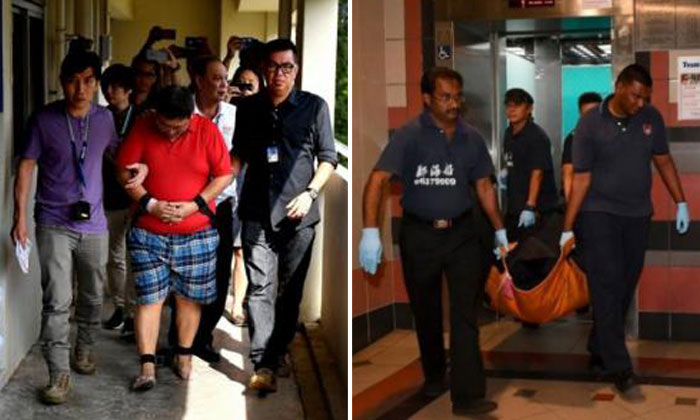 The man who was last month charged with killing his wife in their Woodlands flat will be remanded at the Changi Prison Complex Medical Centre for three weeks for a psychiatric evaluation.

The police prosecutor told the court on Monday (Feb 13) that there is a need to acsertain if former property agent Teo Ghim Heng can "appreciate the gravity of his offence".

Her body and that their four-year-old daughter Teo Zi Ning were found in a bedroom of their flat on the first day of Chinese New Year eight days later.

Madam Choong, who was also known as Madam Zhong Peishan, was six months pregnant with a boy when her body was found.

Last Friday (Feb 10), Teo was taken back to the crime scene by five police officers.

Teo will be back in court on March 6.